Karl Zeitler, Managing Director of Loibl Förderanlagen GmbH: "The focus of the planning was on robustness, high system availability, and easy operability of the system. Loibl has the know-how and resources to engineer, manufacture, assemble, and commission a complete system tailored to the customer's needs." 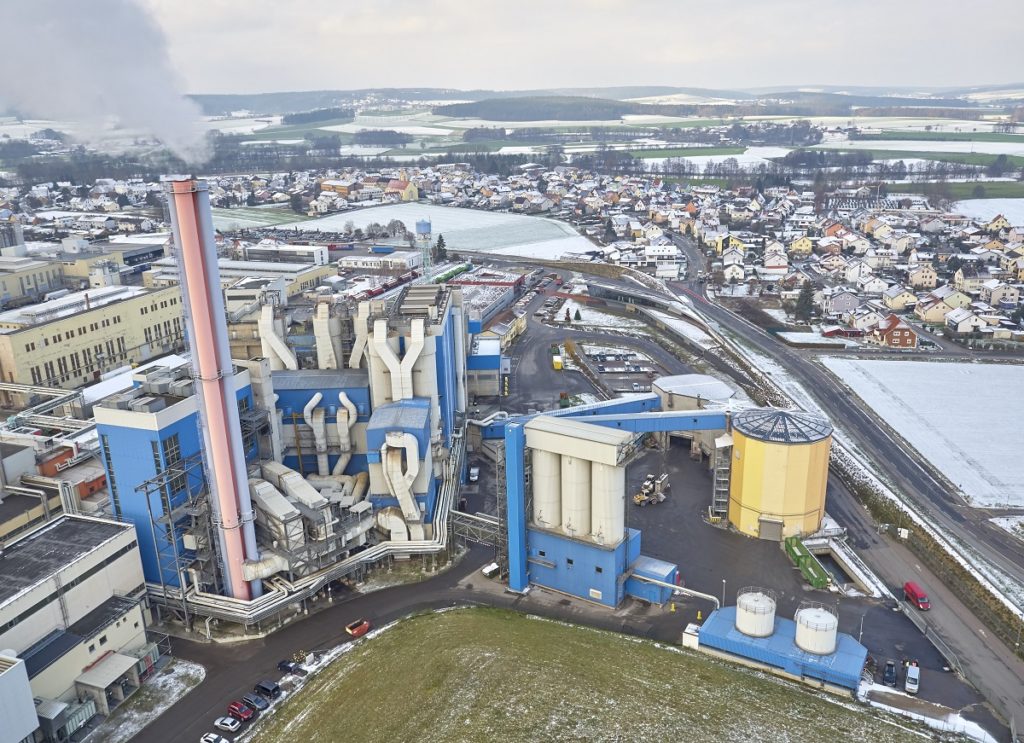 Loibl delivers for the region. The Zweckverband Müllverwertung Schwandorf (ZMS) has 17 association members, including districts from the Upper Palatinate, Lower Bavaria and Upper Franconia, as well as independent cities such as Landshut, Straubing, Amberg, Regensburg, Weiden, Hof and Bayreuth. Every year, Zweckverband Müllverwertung Schwandorf frees a disposal area of around 15,000 square kilometers from household, bulky and commercial waste.

This corresponds to the waste of almost 1.9 million inhabitants of Bavaria. Every year, 450,000 tons of waste are thermally converted into electricity and heat on the four incineration lines at the waste-to-energy plant. The unburned residual materials produced during incineration, known as slag, are processed on site for further treatment. In 2019, the power plant’s aging processing plant was dismantled.

“The plant had reached the end of its service life after operating for nearly 40 years,” said Michael Diller, ZMS technical office manager. The old plant was supplied and commissioned by Loibl Förderanlagen GmbH in 1982. It was in operation until 2019 and was renewed again the following year by the Loibl company with a modern slag processing plant. Now the residual materials, including metallic raw materials, can be effectively separated on site. In addition, valuable non-ferrous metals are recovered from the slag in the new plant.

Effective treatment process. The new processing plant of Loibl Förderanlagen GmbH processes 110,000 tons of slag per year. This corresponds to 13 tons per hour. In the first step, the slag is freed from coarse slag and coarse iron with the help of a bar screen and magnetic drum. Further steps in the processing include the discharge of fine iron with the help of an overband magnet and a high-speed drum.

Non-ferrous metals are separated from the slag using an eddy current separator. The separated fractions are fed to their planned discharge position via several conveyor belts. At the end of the treatment process, the various grain sizes of the individual fractions are available for further use.

Constrained space. The new slag processing plant was installed in an existing silo which, along with three other adjacent bunkers, is used for the intermediate storage of slag and scrap. The plant is continuously supplied with slag via an 80-meter-long ascending conveyor belt. Michael Diller describes the arrangement of the new plant in the existing building as one of the greatest challenges: “Although the old plant was already housed in this building, the new plant is much more extensive and, with an area occupancy of approx. 510 m², was almost twice as large. In addition, the elevation grades from the existing belts played an important and limiting role for the new plant.

“The slag preparation plant was installed at a height of between 12 meters (lowest level) and 23 meters (top level) above the silo floor on a new steel structure. Despite the confined space, it was possible to place all components with millimeter precision by means of an assembly lifting device, also planned and supplied by Loibl. The crane system is used for maintenance and inspection work.

Reduction of noise and humidity. Since the waste-to-energy plant is located about 100 meters from a residential area, special attention was paid to reducing noise sources. The so-called vapor fumes generated by the warm and moist slag in the silo are extracted at defined positions. Among other things, a new, high-performance splitter silencer in the vapor extraction system and a sound-reducing sandwich lining in the chutes contribute to noise reduction.

Protection for man and machine. To prevent malfunctions, overfill monitors have been installed which use microwave sensors to monitor the conditions of the system. As soon as larger parts get stuck and cause blockages, the ZMS employees are informed. This prevents damage to the plant and protects against accidents. 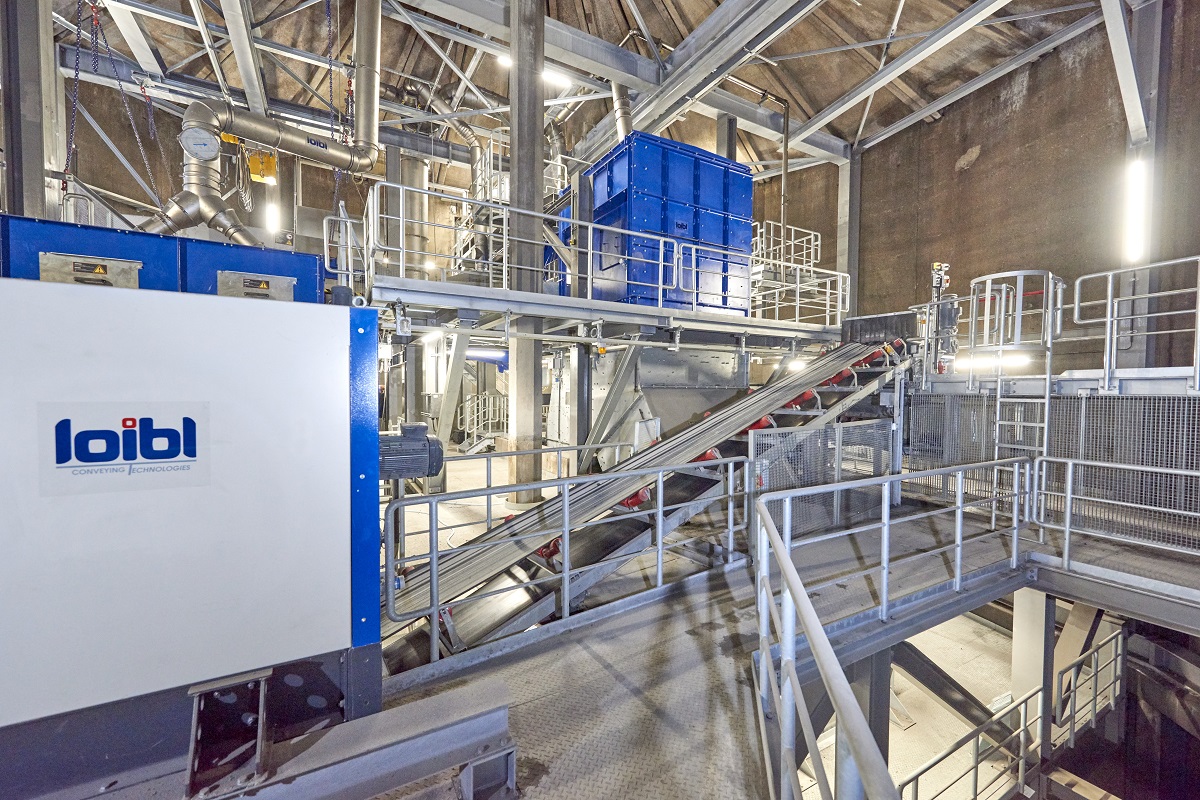 Circular economy as the key to the environment. The new plant exploits the possibilities of resource-saving circular economy by further recovering raw materials from solid incineration residues. “A key advantage of our plant is that the slag is already separated at its point of origin. This saves unnecessary transport routes, thus sustainably protecting the environment and helping to conserve resources,” says Michael Diller. The separated metals such as iron, copper, aluminum and brass are efficiently separated from the slag via this treatment process and made available with high purity. The recycled slag fractions are suitable, among other things, as a basic material in road construction and civil engineering. The recovered metals are used in metallurgy, for example.

MARTIN News – Orders for delivery of grate systems in China and India, and preliminary acceptance for Würzburg plant modernization 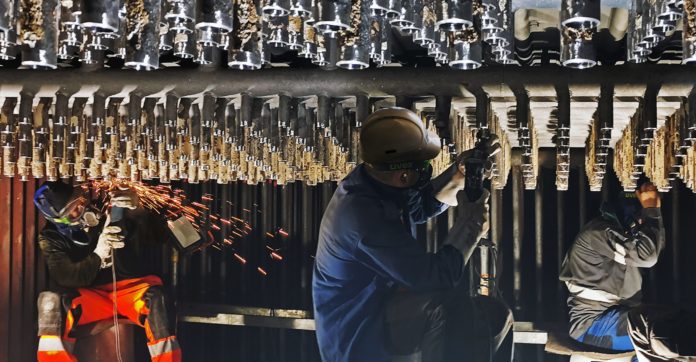 To ensure that only one line had to go out of operation at a time, enabling the other three to… 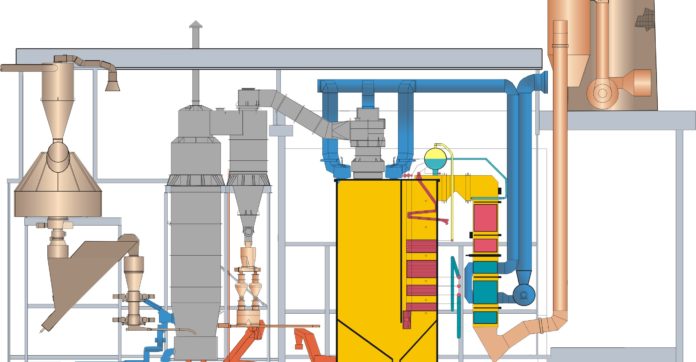